Making my way into Science Fiction 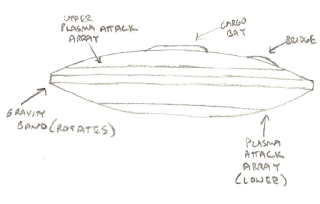 Sometimes I like to have fun with writing. It's just enjoyable, that's all, and provides a nice escape and a little side money. I'm not a prize-winning author, but, like many of my kind, I have a lot of fun. Yesterday I reported via Facebook that I was being published in the Evangelical Missions Quarterly in January of 2014. That is a serious credit and I'm both grateful and excited for the opportunity.

Science Fiction, on the other hand, is not very serious, but it does provide a fascinating world of possibilities. One gets to design, very literally, the universe when writing science fiction. I think it allows me to display the creative side of me that my Father gave me when he created a universe, and that is a fact I take seriously. 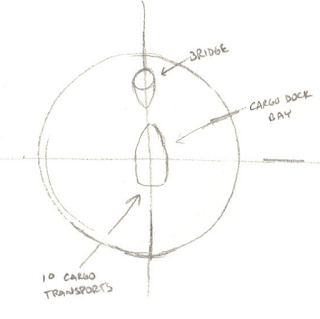 In the next few months, my next novel will be released. The original publisher has decided to close his doors, thus returning my contracted project back to me. I say that so that when I tell you I've decided to self-publish, you won't think ill of me. The book had been accepted for publication. Without a publisher, however, I am choosing to release the book myself.

Trident Defense, Book 1, is the story of defending the Earth from an alien invasion. It is a return to a sort of classical science fiction theme and represents my first real forray into sci-fi. I've written stories before, even some that have been published in small circulars. Trident Defense, Book 1, however is the first real attempt at commercial writing of this type.

I will keep you informed periodically about TDB1 and let you know when you can get it and where. In the meantime, take a look at my writing website and see what's going on!

Email ThisBlogThis!Share to TwitterShare to FacebookShare to Pinterest
Labels: Writing