Samantha in the hospital, Day 6

Samantha's 6th day in the hospital was largely uneventful. Mostly we waited for things to get better. While her O2 saturation was holding at 94-ish, the pulmonary fellow said what Alicia and I were already thinking...by now it should be higher. This is especially true since it continued to dip into the 80s periodically. At the morning rounds, the pulmonary attending physician said that she expected Sam to desat (desaturate, meaning dip below the "safe zone" of 90+). That's apparently not supposed to be going on this far into the hospitalization.

Needless to say, Alicia and I are unnerved slightly by this. She's cooler about it than I am I think, but unnerved we both are just the same. What bothers me is the continual threat of a bronchoscope. A decision was supposed to be made on Monday after PFTs and and x-ray, but they held off. Then she started to get better, so we thought it was forgotten. Then on Day 5 they mentioned it again, even scheduling it as a precaution. Finally, on Day 6 the attending and fellow both talk like it's a foregone conclusion. I hate how fluid this disease is. I'm not patient enough to be in this world.

The problem is the asthma. Many of the treatments used to combat an asthma exacerbation are counter-productive to fighting a cystic fibrosis exacerbation, and vice versa. This is what is ultimately frustrating. Medicines and treatments meant to break up the junk in her lungs irritate the lung linings, which cause her to cough uncontrollably at times. Then atrovent, a medicine to calm her asthma, dries out the mucus in her lungs, which is already thicker because of CF, and her body has a harder time moving the junk. It's enough to make a person scream!

In other news, Samantha received two things in the mail today. My aunt Carolan sent her a wonderful card, for which Samantha is very thankful, and Lola (her maternal grandma) sent her chocolate-covered strawberries. She's been completely spoiled while being in the hospital, but we are allowing it for the time being. Breaking her of all the goodies when she goes home will be an interesting exercise. 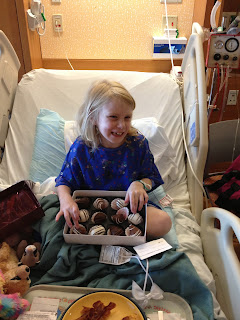 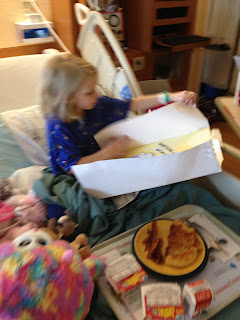 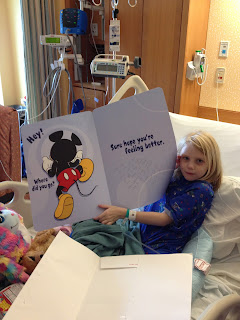