Samantha in the hospital, Day 8 and 9

This post covers two days because the hospital is becoming a waiting game. Samantha is getting better literally by the minute. Right now as I type this post she's drawing a card for someone. She says she doesn't know who yet. Anyway, she's getting better. If you'll look at the two pictures of lungs below: 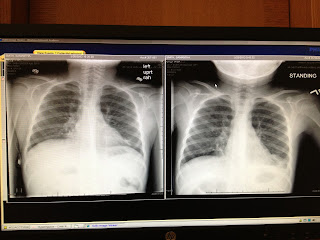 Unfortunately, there hasn't been all that much change since before the bronch. The picture on the right (which is the newer one) doesn't show any difference. All they mean is that there is still junk in them, particularly the left lung, and that it's something they are still watching. I'm hoping to get the video for the bronchoscope tomorrow. I'll definitely post it if I do!

I wanted to take a minute to update everyone on how Timothy and Hannah are doing. First of all, they've been troopers. But the fact is they can be left behind in the race to take care of Samantha. Because we value them as well, I wanted to show you a few pictures of them in the hospital helping out and such. Captions are below the pics. 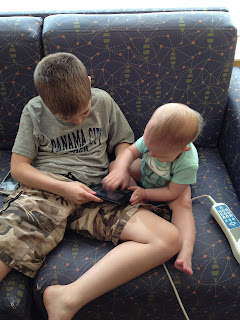 Hannah and Tim fighting over the 3DS on Day 2. They were really having fun! Thankfully, Tim didn't get upset about the intrusion. Sometimes he can be pretty funny around his games. 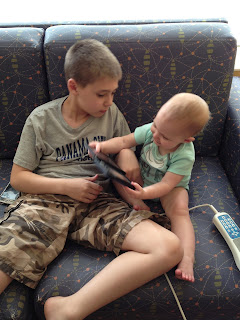 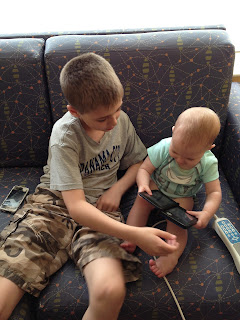 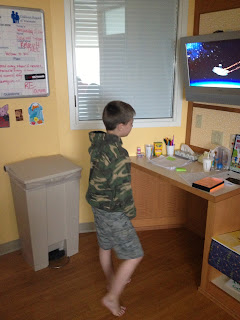 Samantha doesn't really like video games too much, so we let Tim check out a couple throughout the weekend to pass time. We don't have a PS3 at home, so he was getting to enjoy it here. 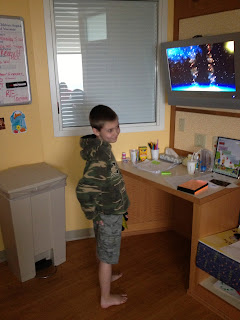 Yes, I caught my son scratching like we boys do. 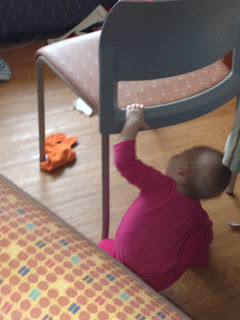 Hannah has been the real surprise. She has been completely thrown off her usual schedule with daycare and/or being at the hospital. Here she is playing peek-a-boo with her momma! 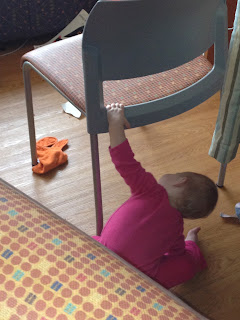 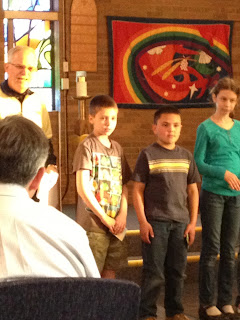 I took Tim and Hannah to AWANA awards Thursday night. Timothy was getting awards, and we wanted to support him through it so he would know it wasn't all about Sam's hospitalization. Next to him is Ethan, his Bible quiz partner. They won first place a few months ago! We are so proud of them! 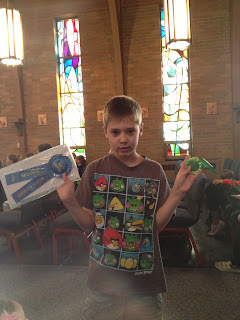 Timothy accepted Sam's awards on her behalf. He was much more grateful up on stage than in this photo thankfully! 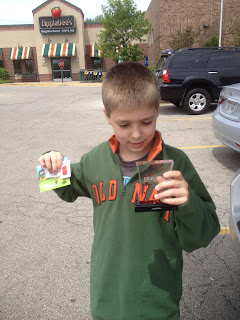 Here he is with his own awards. He got a silver award, an Excellence trophy, and a $10 gift certificate to Applebees for his Bible quiz competition. He bought Sam her dinner tonight! So sweet he is!

We love all of our kids so much. With Sam in the hospital lately, we've had to focus on her a little more, but we do our best to keep all engaged in the family, and so far we're doing ok. Thanks for reading our updates!