How a Camel Brought a Little Joy after my mom Died

I've been pretty quiet on social media since my mom died 10 days ago. I don't feel like posting about how I'm feeling and I'm afraid my emotions might cloud other thoughts as well. All that to say, my Facebook has been fairly quiet and I've been silent on Twitter and my blogs. Incidentally, I haven't worked on my writing projects since she died either.

In the future, I hope to write about the funeral, which was beautiful, the sermons, which were true displays of the Gospel, and other things, like how awesome it was to be with my family again, how it felt good to walk on Kansas soil again, and how awesome it was that almost every single car pulled over while our funeral train was headed from the church to the cemetery. I need some more time to process the feelings that go with those events, though, so I will leave that for another time.

Today I just want to write about possibly the best thing that happened while I was out of Illinois. While traveling back to Great Lakes Navy Base, we were really struggling. None of us wanted to leave relatively nice conditions and family in Kansas for the harsh, cold, reality of Chicagoland. Alicia and I didn't want to deal with a 12 hour trip, and the kids were antsy. Alicia saw a billboard for an animal park, so reluctantly, I agreed to take us there. I'm glad I did.

I assumed that the Wild Animal Safari would be pretty lame, like a petting zoo that charged too much (don't they all?). Then we met Bo. Bo isn't the park ranger, he isn't the guy taking our money for tickets, and he isn't the tour guide. Bo is a dromedary camel. 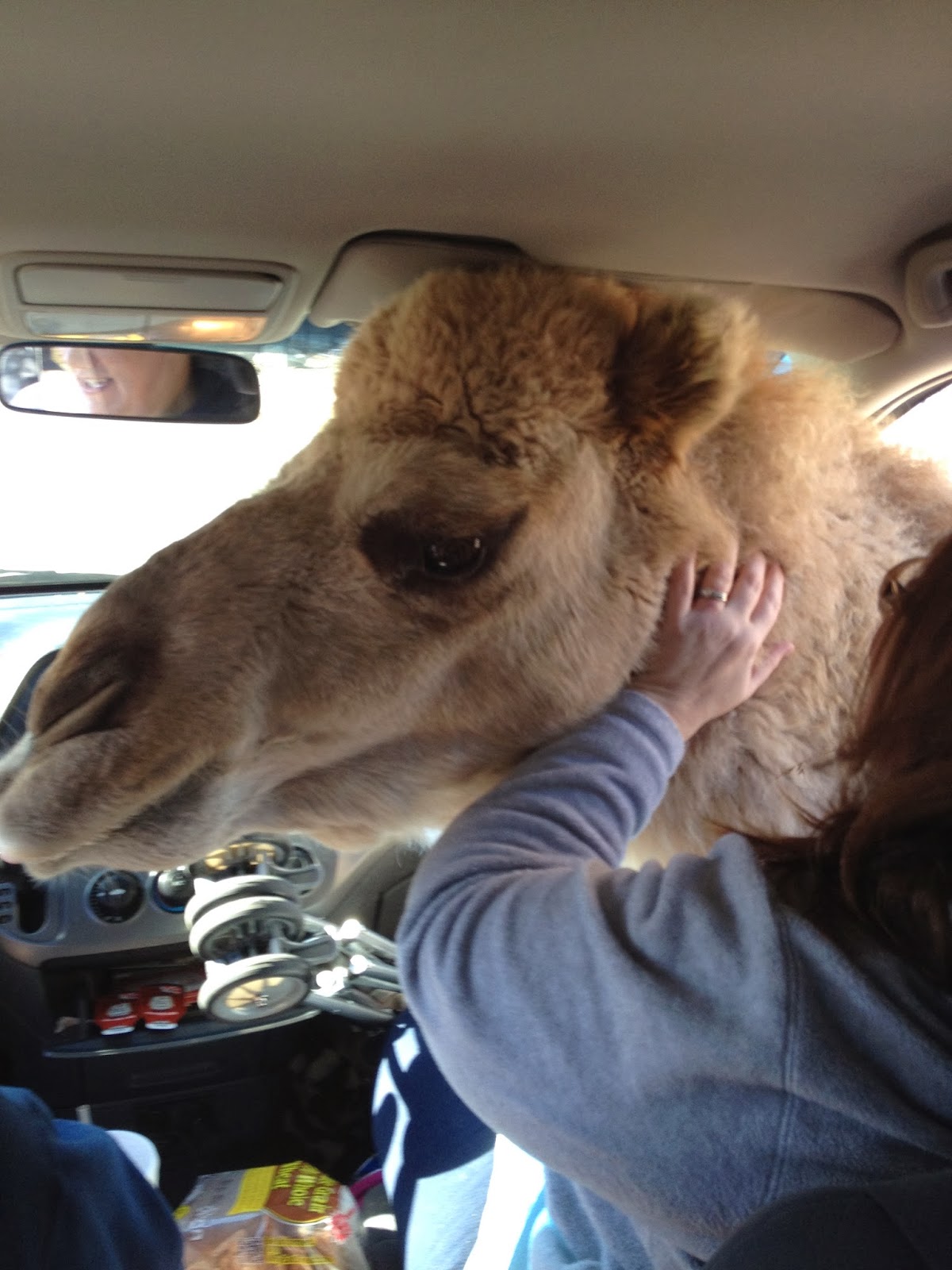 At first, I thought it was kind of cool, but Bo was the only one we saw and after turning the car around and heading in the other direction, I figured that was about it. Then, to our wonder and amazement, we saw some other animals (Scottish Highlanders and a few horses). We started feeding the highlanders, who slobbered all over me, and then, Bo showed back up!

Here's why we fell in love with Bo. He was funny, he was a little stubborn, and he made us laugh. He was just so innocent as he gently let us know that he'd like another snack. Unlike the zebras, who were bullies around the other animals, Bo wasn't worried about other animals. He was just interested in what we had on us. He brought true joy on a dark day.

I had buried my mother a mere two days before. I needed a distraction from the reality that I was facing, and Bo gave my entire family the break we needed. We still love Bo and can't wait to go see him again!