A Plea for Prayer! 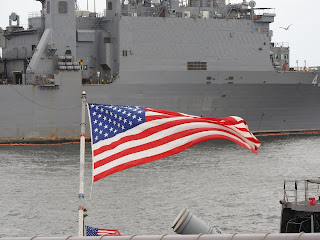 Webster’s Dictionary lists one definition for “Mind” in this way: “Propensity” ~ “a natural inclination; or mind-set”

Thesaurus uses these options, among others: attention, concentration, awareness.

God used America in the past because she was both “God-minded” and “mission-minded”. She had, as a nation, a general desire to follow the precepts of God in the forming, and following, a new and bold Constitution. Her propensity, her inclination, mind-set, concentration, desired focus was on the laws of God Almighty. She was “God-minded”!

America also became a Gospel hub, sending many thousands of missionaries worldwide to spread the Good News of Jesus Christ. She was “Mission-minded”!

Changing generations and the passing of time, gravely affected these once valued mind-sets, not to mention the advancement of worldly education and behaviors. America’s concentration is no longer on good and godly things; she is in a state of confusion and the worship of self.

I believe, as a nation, America has lost her mind.

It is not that America needs to be "great" again, but when America remembers it is God Who is "Great", she will once again be "good"!

“Blessed is the nation whose God is the Lord; and the people whom he hath chosen for his own inheritance.” (Psalm 33:12

Around the time of the American Revolution, the nation as a whole was in serious moral decline. In addition, the same problem was in the churches. The Methodists were the largest denomination, and they were losing more than they were gaining in membership. Second, were the Baptists and they said, “They were having their most wintry season.” The Congregationalists had not added one young person in sixteen years.

John Marshall, the Chief Justice of the United States, wrote to the Bishop of Virginia, Bishop Madison that “the Church is too far gone ever to be redeemed.” Voltaire said, “Christianity will be forgotten in thirty years time.”

Kenneth Scott Latourette, church historian said, “It seemed as if Christianity were about to be ushered out of the affairs of men.” It appeared that churches were about to die out. How did God change that situation? It came through the concert of prayer.

Just prior, a Scottish Presbyterian minister in Edinburgh, John Erskine, wrote a booklet titled: “Pleading with the People of Scotland and Elsewhere to Unite in Prayer for a Revival of Religion.” He sent a copy to Jonathan Edwards in New England. Edwards was so moved, he wrote the response: “A Humble Attempt to Promote Explicit Agreement and Visible Union of All God’s People in Extraordinary Prayer for the Revival of Religion and the Advancement of Christ’s Kingdom.”

The year after John Wesley died; the Second Great Awakening began and swept Great Britain. However, in New England, there was a man of prayer named Isaac Backus, a Baptist pastor. In 1794, he sent out an appeal for prayer to ministers of every Christian denomination in the United States. They knew this to be their only hope. The Presbyterians, the Methodists, the Baptist Associations, the Congregationalists, the Reformed, and the Moravians all adopted it and America became saturated with a network of prayer meetings, using the first Monday of each month to pray. It was not long before revival came!

Today, the only hope for families, for our communities, for this nation, for this world . . . is for God’s people, His Church, to go to their knees in selfless, God honoring, Kingdom building, extended periods of prayer. Pastors, we can no longer assume our people are praying. We must teach them; encourage them; lead them; give opportunities and guidance to get into the battle. Pastor, do know your people are prepared for the possibility that government and society ceases to tolerate the Church? What would they do?

Today, we are less hungry, and so, less powerful. Even in the throes of what our modern world faces, we approach God and prayer differently. We do not like to wait, but we do like to schedule.

Our practice today seems to be that we plan a day, perhaps months in advance, to meet together in modern day PC type of repentance. Our hope seems to be that God will notice all of our planning, advertising costs, high caliber preachers and praise bands, have pity on us and send revival.

What God truly wants of us has a much higher value in His heart. What does God want? Nothing less than hunger, expectancy, and waiting --- salted heavily with brokenness and repentance.

“ And I sought for a man among them, that should make up the hedge, and stand in the gap before me for the land, that I should not destroy it: but I found none.” (Ezekiel 22:30)

“If My people, which are called by My name, shall humble themselves, and pray, and seek My face, and turn from their wicked ways; then will I hear from heaven, and will forgive their sin, and will heal their land.” (II Chronicles 7:14)

Beloved, would you join me in seeking God for revival and awakening, our only hope?
No comments: