I've been hitting it pretty heavy lately on The Navy Christian, so I think it's time to step back for a minute and do something that's a little lighter. Thankfully, my daughter's school (Learn Charter 6 in North Chicago), provided that opportunity via a school field trip.

I followed a few other parents as they followed the bus with the kids and some parent chaperones. 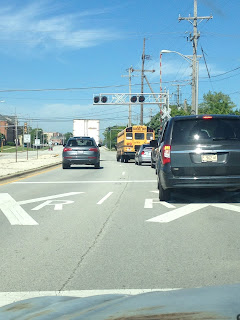 Just before getting onto the interstate, I got left behind by the bus and the first several cars. Sitting through a red light in North Chicago is like watching paint dry, so I figured that the bus was way ahead of me. Speeding along, I actually ended up passing the bus by mistake (I thought that I had seen more than one bus and that that one surely wasn't ours!). I got over in the lane ahead of the bus and tried to go slow, but the bus driver was driving so slow, I couldn't "keep up" with him! So without really trying, I had no choice but to just leave them behind, get to the zoo, and get set up.

I didn't have to wait too long for them, just enough time to get from the south gate, where I parked, to the north gate (main gate), where they parked. The zoo is long, but not very wide, so the two gates aren't that far apart. I made it to the other gate before they even got to me. Soon enough, I was reunited with my little one. 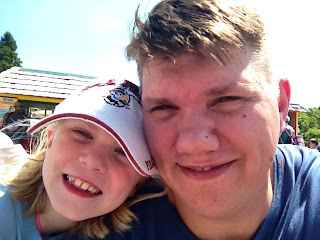 We immediately set off with her group to see the sites. Here are some of the animals we saw. 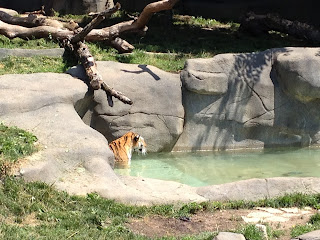 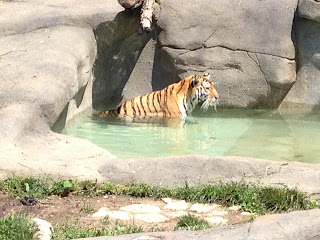 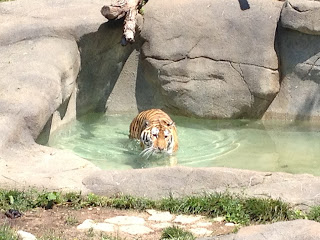 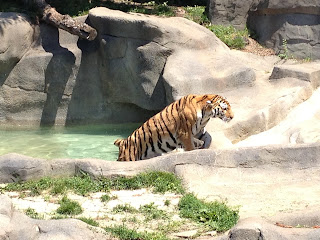 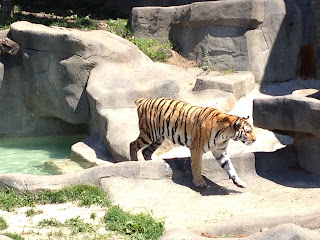 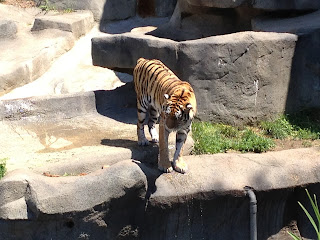 I liked the tiger...so you got lots of pics of it. There were several I didn't post! So fascinating to see a big cat moving. 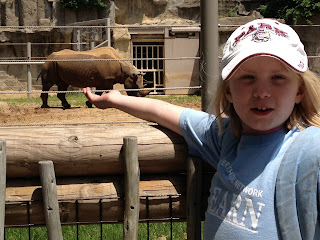 Sam wanted to hold the rino in her hand. I think it worked out pretty well! 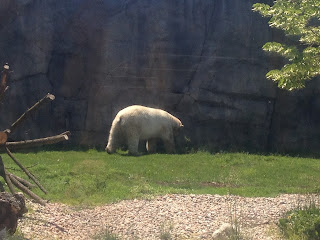 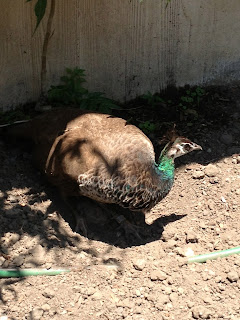 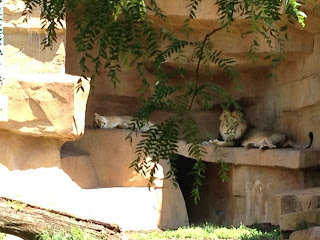 Sam ran out of steam about an hour and a half before the event was supposed to end. I pushed her another 30 minutes, but it became pretty clear to me that she wasn't going to make it. I was concerned about dehydration because it was hot, which I thought might be causing her lack of energy. After talking to her mother (who was with Timothy at an awards event) and her teacher, I decided to take Sam home.

All in all, it was a great event. I'm extremely grateful for the school and the other parents. It was a great day of father-daughter bonding.