Want to know how Bodhi stacks up against the other "unknown" distros of 2013? Click here to find out!

I always enjoy reviewing a Debian or Ubuntu based distro, mostly because I know that they will always work. This is especially important when testing on lower-power systems like mine. By the way, I have a test system 64 bit Toshiba Satellite C655 with a Celeron 2.3GHZ processor and 3GB RAM, onboard video processor and a 220GB hard drive. 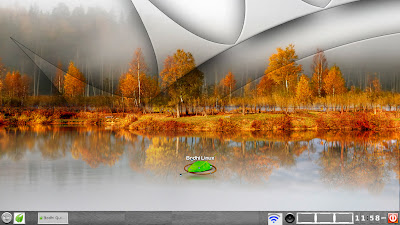 Bodhi claims to be a minimalist distribution based on Ubuntu 12.04. To that end, it delivers nicely. It strips away the Unity desktop and replaces it with the Enlightenment desktop. As I feel that Ubuntu's primary disadvantage is Unity, this works out nicely. The developers added a basic webpage explaining Enlightenment as they use it for Bodhi.

Installing it was a breeze, just like it always is with an Ubuntu-based distro. I started it as a Live CD, as I do many of my distros, and then a very short time later (because of the minimalist format), it was installed on the hard drive. 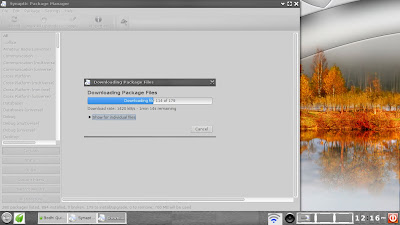 Bodhi comes standard with very little, as follows the promise to be a minimalist distro. If you want an office suite (which I always do because I write reviews and articles), you need to go get it, as suggested by the photo below. If you want games, go get them. It does come with a notepad type program (called Leafpad), for basic editing. Of course, downloading and installing the programs you want is easy via the Synaptic Package Manager or the terminal, whichever you desire. After downloading the programs I wanted for office, I updated my distro via sudo apt-get update and sudo apt-get -y dist-upgrade. For browsing, it comes with Midori, which is effective, but not quite like Firefox or Chrome. 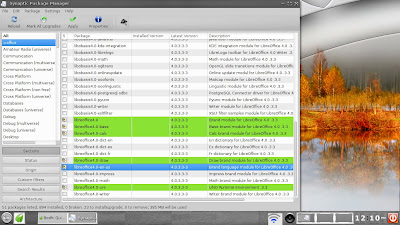 I ended up using Terminology to get my favorite programs, which of course includes Xiphos. Xiphos is a Bible software which allows me to continue my studies when I'm working a Linux machine. Aside from that, it also allows me to test the OS for installing programs that aren't normally used by the masses. 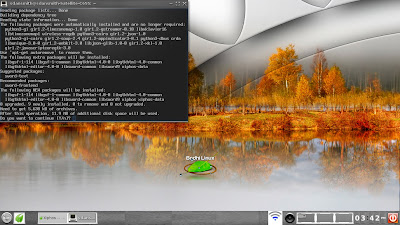 The Good: I can't stress enough how important it is that Bodhi is based off of Ubuntu 12.04. Precise Pangolin is a good, functional system. In addition to that, Bodhi strips away the Unity desktop and replaces it with Enlightenment. I'm not the biggest fan of Enlightenment, but it was a good enough desktop. It's also a very attractive desktop.

Another major benefit to Bodhi is that it allows you to customize your system as you complete your first boot. You're able to pick what you want Enlightenment to look like, including wallpaper and format. Without the necessary experience in this area, I probably would have picked better if doing it again.

The Bad: When I first downloaded and installed Bodhi 2.4.0, I liked the minimalist aspect of the distro. Unfortunately, it turned out to be more of a pain then it was a blessing. Unless one is fairly adept at working the terminal (called Terminology in Bodhi), then the process gets a little time consuming and not at all user-friendly. This just goes back to the same issue about not having a user-friendly system. If you want lay-people to adopt your distro, you have to come standard with certain things. You need an office suite, a few games (the simpler the better), and an easy package management system. That's it...oh, and a nice desktop environment. Bodhi comes up a little shy on these counts.

I also didn't like how the pointer snapped back to the middle of the screen or application I was working on instead of just leaving it where I had it. On the other hand, it wasn't hard to find it when it snapped to a different part of the screen. It was just an annoyance.

Overall Impression: Overall, I like the distribution. Had a good look as far as the desktop is concerned and his functionality was effective, but it is a minimalist distribution and as such requires a great deal of tinkering to make it work the way a fully-functioning system needs to. It's a good distro for playing with and testing your hardware, but it's not going to take Linux to the next level any time soon. While I think it's a good system, I'll be staying with my Semplice5 for the time being.

Nice review. Another way for installing programs: Go to Bodhi Appcenter on Midori browser and install one by one whatever program one want in one click.
Thanks
Nellai

Thank you very much! I appreciate your comments very much. I also appreciate the advice on installing new programs. Cheers!