Letters from Mom: A Tribute

One of the things that we talked about at the funeral, between my aunt and myself, was how my mom used to write letters to people. In an age when everyone uses blogs, Facebook, Twitter, and email, her letters seemed archaic and out of touch. Yet at her funeral it was one of the things that people most remembered. 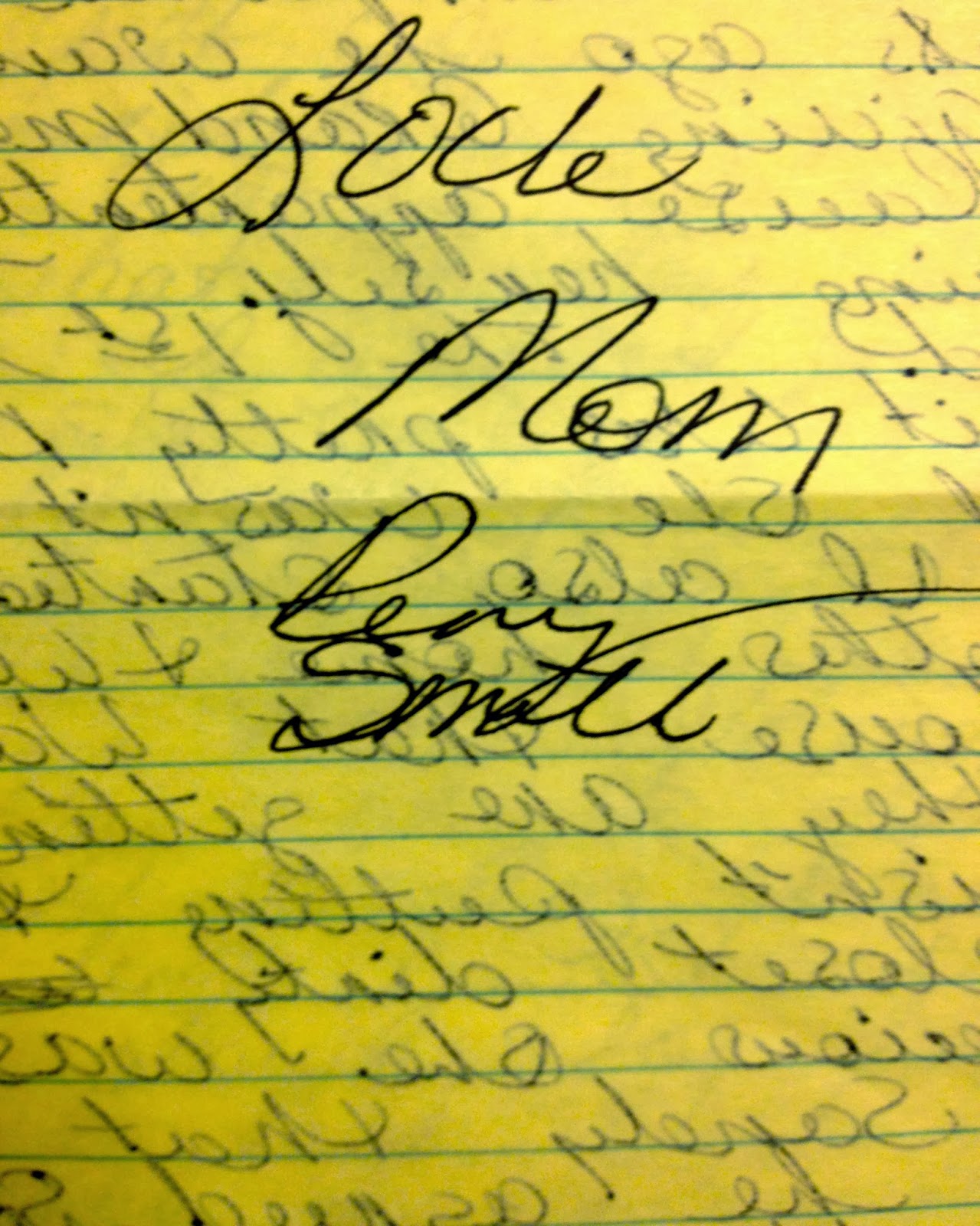 My brothers, our father, and I buried mom a little over a week ago. When I got back to Great Lakes, unsure of how to handle the memories of my mom, I found one of her old letters to me in my nightstand. It was a few years old by now, but was in good shape. I read a few paragraphs before putting it away for safekeeping. It brought back some memories of receiving letters from her, both when I was on a ship as a young Sailor, and as a family man ashore.

To be honest, my mom’s writing has always been hard to read. Sometimes her handwriting is more scribbles than cursive. When receiving letters from mom, I’d often have to ask my wife to help me read them.

Some of my mom’s letters were actually painful to receive. One time she told me that she was disappointed by how I did things as a father (I don't have that letter anymore). She challenged my desire to be the head of my household once too, suggesting that my wife shouldn’t be submissive to me.

But that isn’t what I remember about her letters. I remember her handwriting, how she switched colors periodically as she went, and how I could expect at least two double-sided pages in every letter. My aunts remembered the same sort of thing in their letters as well. Talking with them about the letters was an enjoyable memory from the funeral.

I don’t have all of the letters my mom wrote me. Time and constant moving have taken their toll. Yet I know of one letter in my desk that will never be thrown away. Instead, it will stand as a tribute to a woman who shunned email for the real thing.