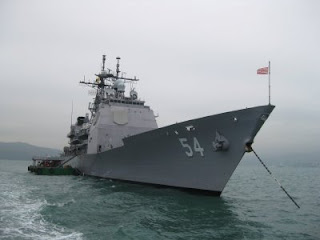 From the Founder's Desk
By: S. Daniel Smith, Founder and Editor of The Prayer Gazette

As The Prayer Journal grows, and I’m excited to announce that it has grown in each of the two issues of it’s first year in existence, I feel I must come clean of something, especially as it relates to politics and praying.

The short and long of it is that I’m in the United States Navy, not that you're surprised by that information, considering the name of this blog. I’ve enjoyed a long and prosperous career that I’m grateful for and proud of. I like my career and believe that God has used it for his kingdom and hope that he will continue to do so. However, sometimes I feel like I’m not able to really say what I want to because of my career. I can’t really tell you what I think about President Obama or the two main candidates to replace him, Mr. Trump and Mrs. Clinton.

I categorically reject the notion that only Republicans can change our country, just like I reject the idea that the other isde of the isle can. My personal opinion is that the real fix for our country lies somewhere in between the two lines in the sand. There I go again, spouting my opinion…but I digress.

If you were to ask me who I am going to vote for, I would say that I don’t know. And that isn’t just a PC way of not answering your question because I’m in the military. The fact is that I really don’t know, and I may not vote in the general election for president. I will, however, vote for local issues where I live.

What I will do, with a fervor I have never had before, pray for America. I want us to be more than just a great country…I want us to support a great King and kingdom.

In this issue of The Prayer Journal, my goal is to give you as many pastoral perspectives as possible in order for you to better understand the vital role you will play as a Christian. These authors did this service for you out of their love for God. I hope you will be inspired by what they have to say. Blessings!