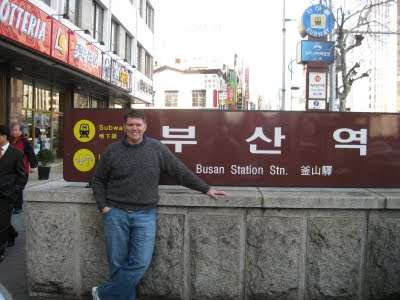 I can't tell you how many times I've been to Busan (sometimes written and said as Pusan), but it's been a handful for sure. However, like most of my ports on this recent cruise, it has been at least nine years or so since I've visited the city. The interesting fact, spiritually speaking, is that I had never been able to put together a substantial Christian fellowship in the city. No matter how many times I had tried before, it never worked.

Thankfully, this visit was vastly different! We got in touch with the men of the International Community Church. James Howard, one of the leaders, graciously invited us to the weekly men's Bible study, held at the Seaman's Club near the harbor. I was so stoked to finally get in touch with someone!

As with Kagoshima, I had a day or two of liberty until our meeting with the men of ICC, so I went out with some friends: 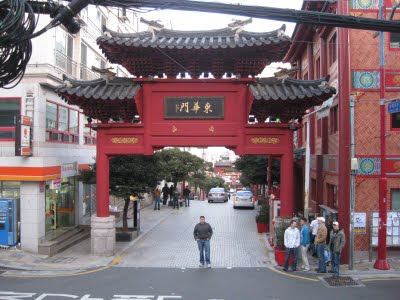 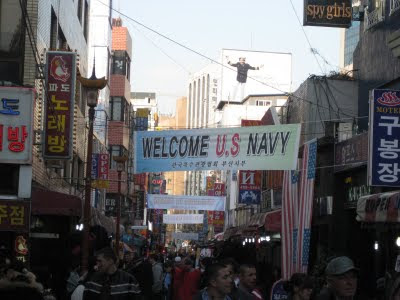 I really enjoyed meeting with the guys from ICC. We ended up fellowshipping so much that we didn't get to take part in their regularly scheduled Bible study, but it really was awesome anyway. I will never get tired being encouraged and encouraging saints from around the globe. Here are some pictures: 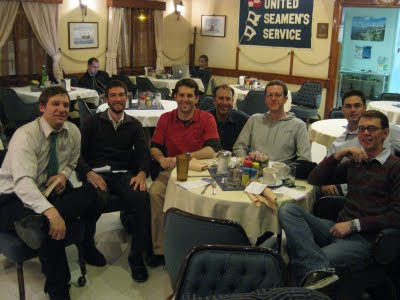 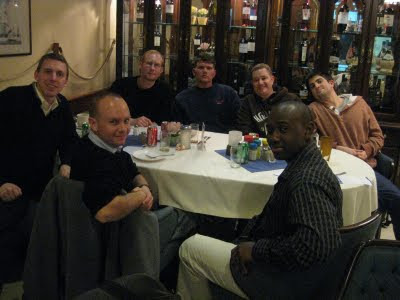 Thanks for posting, Dan! The pics brought a smile to my face remembering you guys as well as those of us who have left since then. It's a blessing to be able to share together in the family of our Lord, no matter what port. Many Blessings, John

John, it really was awesome to meet with you all. I enjoyed that night so much and sometimes we still talk about it! Definitely one of my best times in Pusan!