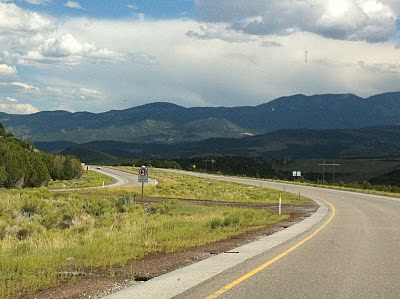 Mountains...that's the lay of it on Day 2! First of all, it was a much better travel day than our first. No one puked and we didn't get stuck in LA-type traffic. It was all good!

We drove from North Las Vegas, where we had stayed at Nellis Air Force Base, all the way to The Winchester Motel in Rifle, Colorado! We covered roughly 560 miles.

I started the day at the ID Lab on Nellis AFB. I have lost my wallet enroute and needed a  new military ID. Thankfully, all I needed was a police report and they hooked me up with a new one. My old photo was still in the system, so they were able to verify me without a photo-ID, which is good, because I LOST MY WALLET! Ok, anyway, that was a success. 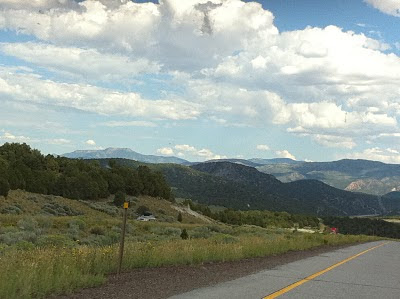 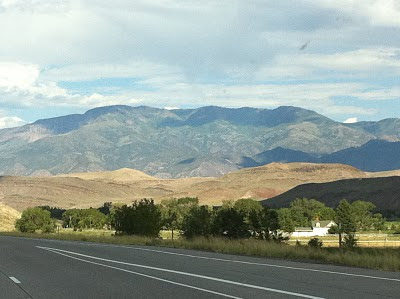 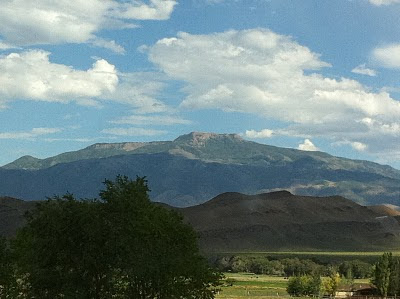 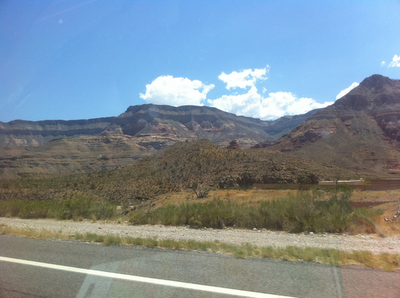 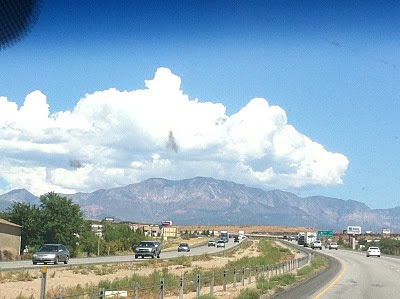 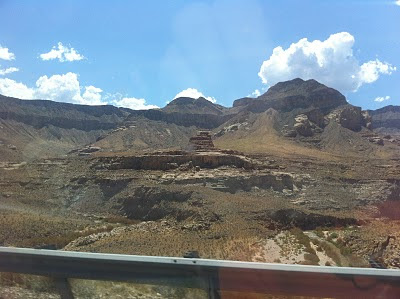 Along the way, we stopped for lunch at McDonald's. The nice thing about a McD's with a play place is that it allows the kids to really run around and do all sorts of mayem than they would otherwise not be able to do in the car. That lets them burn off a little steam and it allows the parents to regroup and plan, which we needed to do a lot of. We also saw a thunderstorm! It was so refreshing after five years in San Diego where clouds don't mean rain! 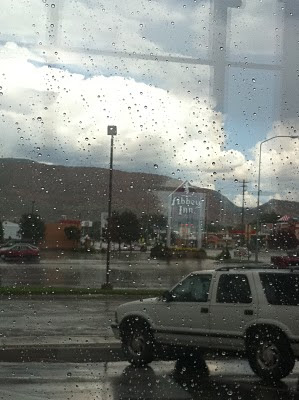 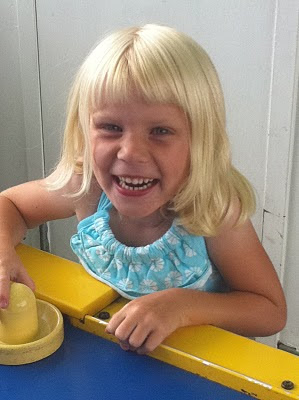 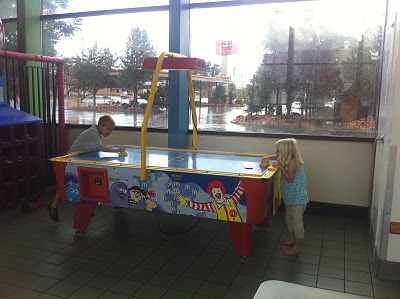 We got stopped (by traffic, not a cop) on I70 because of a burned out vehicle. Some guy's car must have caught fire on him and burned literally to the ground. I tried to find a news article on it to link to, but I couldn't. Anyway, it stopped traffic for around half an hour while rescue vehicles took care of the incident. I think everyone got out ok, but I don't know for sure.

Our day ended in Rifle, Colorado, where we stayed at the Winchester Motel (ask me if you don't get the significance of that). Pretty nice bed, decent shower, great host. Kids are still resting the morning after. Timothy may have had some sort of night terror last night. It was pretty scary, particularly for Alicia, as she was up with him the longest. He's resting now in bed, so we're staying here a little longer to make sure he gets some good sleep.

Well, that was day two. Here's to a successful day three!